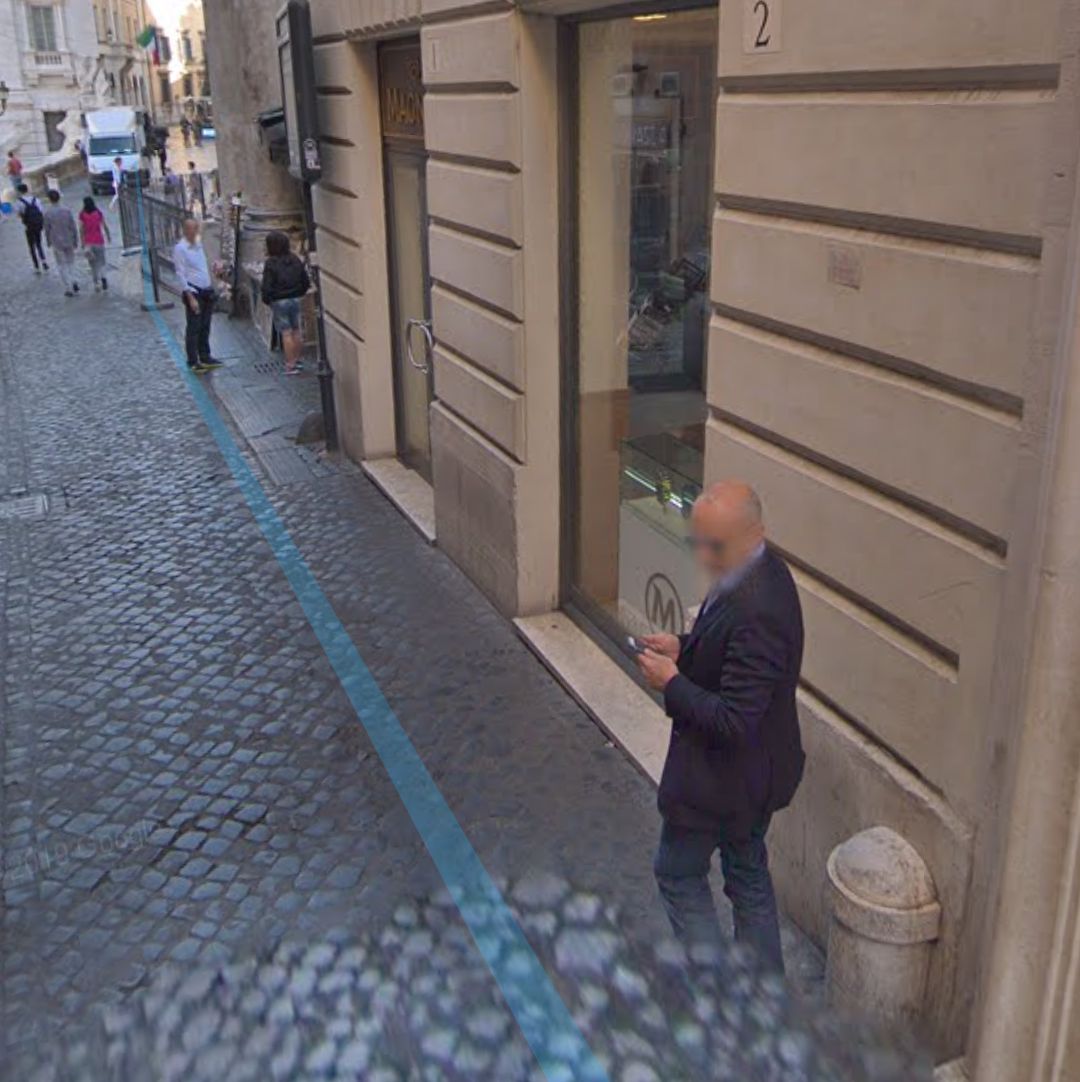 S&F_: When we talk about the current ecological crisis one of the most fashionable concepts is that of Anthropocene, in your opinion what is its function? The complex discussion about the Anthropocene has produced a reflection on who should be the "subject" of the human history to come, can it really be the anthropos (whatever meaning this term has)?

RK_: A political “subject” is neither a sociological entity, nor a pure fiction. It is something in-between. What Marx called the “proletariat”, for instance, referred to the industrial working class, but it was simultaneously a more abstract entity, whose interests in the long run were according to him identical with the interests of humankind. A political “subject” is dialectically defined in the space between sociology and abstraction — a performative abstraction.

They are perfectly right, and I have argued myself along these lines. But on the other hand, we should not forget that all political concepts are partly abstractions. That is what makes them political. Consequently, the crucial question is: is “anthropocene” a useful concept politically? Does it help mobilize against climate change?

For politics to emerge you need conflict. In the case of climate change, you have to show that some people are responsible for the environmental mess we find ourselves in, i.e. the dominant capitalist classes, and others are the victims of this mess, i.e. the subaltern classes. However, mobilizing the latter can be done by referring to a concept of humanity whose very conditions of existence are put in jeopardy by capitalism. Thus a strategic use of the idea of “humanity” might be politically useful. Again, this is how Marx’s concept of proletariat works.

An interesting analogy can be drawn between the concept of anthropocene and the idea of “crime against humanity”. This idea emerged in international law during the 20th century. It refers to an abstract humanity against which certain crimes are supposed to have been committed. It is not only Jews or Armenians as a people who have been victims of genocide, but humanity itself. The political usefulness of this concept depends on its effects in promoting peace and justice throughout the world. Hence, in the last instance, the criteria for the use of ideas and concepts should pragmatic.

S&F_: In your book La nature est un champ de bataille you talk about the need to rethink the nation-state as an element of mediation between capital and nature. What could be its role in controlling the global ecological crisis?

RK_: One of the interesting aspects of the environmental crisis is that it sheds a new light on the relationship between capitalism and the state. Capitalism exploits nature. But it often does so through the mediation of the state. The state has two functions in this regard. Firstly, it constructs nature for capital to exploit, e.g. through infrastructure building or the creation and distribution of property rights. Carbon markets, for instance, rely on the creation ex nihilo and the distribution to firms of so-called “carbon quotas”, that are exchanged on markets. These markets do not pop-up spontaneously. They are the product of conscious design, implemented through accounting and technical devices by the state. Carbon markets confirm Karl Polanyi’s famous dictum according to which “laissez-faire was planned”.

Secondly, the state maintains what Marx calls the “conditions of production”, e.g. through environmental regulation or by paying for the growing financial impact of pollutions on health. Capitalism leads to environmental “negative externalities”, for instance a growing number of natural catastrophes or loss of biodiversity, but it doesn’t pay for them. The state, i.e. the tax-payer, does. Privatizing profits and socializing losses: this is one of the basic mechanisms on which capitalist accumulation relies.

As Marx famously said in the Grundrisse, “The tendency to create the world market is directly given in the concept of capital itself.” However, to circulate throughout the world, commodities need infrastructures: means of transportation and communication, or energy systems. These infrastructures simultaneously destroy and produce nature. Who is responsible for constructing, maintaining, and renewing these infrastructures? The state often is. Hence, the capitalist state should be seen as a powerful nature-producing instrument in the hands of the dominant classes. This instrument’s purpose is to help capitalism expand its logic across the planet.

One of the goals of revolutionary movements should be to regain control of the state, to democratize it, so as to sever its connection with capitalist valorization processes. We certainly need the state to be able to deal with the environmental crisis. Its resources and capacities of centralization are essential. But it should first be emancipated from the domination of capital. The Green New Deal championed by Alexandria Ocasio-Cortez and others illustrates how the resources of the state can be used for transformative – economic and environmental – purposes.

S&F_: In the second chapter of your book La nature est un champ de bataille you analyze the concept of risk in connection with the unpredictability – quantitative and qualitative – of the effects of environmental disasters (and not only). Starting from this perspective, how do you think the moral category of individual responsibility should be reviewed? Is there an individual responsibility for ecology and sustainability?

RK_: The struggle against the devastating consequences of capitalist accumulation on nature is a structural one, one that should take place at the level of class and society as a whole. But this doesn’t mean that we should not care about what happens at the personal level. The key point in my opinion is to use not the language of individual responsibility, but the language of empowerment. It is only normal that individuals are weak when they confront the commodity form and its alienating effects by themselves. The idea, consequently, should be to fight consumerism by socializing it. Lately I have been reading a lot about the psychiatry of so-called “compulsive buying disorders”: people who can’t help but buy stuff all the time. It is a disease, but all people living under consumerist capitalism can be prone to this kind of behavior. What psychiatrists recommend as a cure for compulsive buying is for the buyer to talk about his disease: with friends, in support groups, or in a “shopping diary”, in which the compulsive buyer documents his actions and feelings so as to objectify his disorder and get a grip on it. Empowerment against the commodity form is thus made possible by socialization. We need to find a way to combine these individual processes of empowerment with more traditional forms of class struggle.

RK_: Bruno Latour is an important thinker. But he is typical of what I would call “the very short 21st century”, i.e. the period between the fall of the Berlin wall and the 2008 crisis when mainstream intellectuals thought debates about the organization of the economy were over. According to them, the collapse of the USSR had demonstrated that there was no alternative to the market. Since the 2008 crisis, we are back in the 20th century, a century of financial crisis, nationalism, imperialist war, class struggle, exploitation, alienation… In this context, it seems to me that Latour is not very useful. The concept of capitalism is nowhere to be found in Latour’s books. In fact, he openly theorizes the inexistence of capitalism as a system. If you pretend to be a thinker of the environmental crisis, this is a serious flaw, because it is obvious that the main cause of this crisis is capitalism, in its industrial form. Hence, in my opinion, a thinker like James O’Connor, the founder of Ecological Marxism, is much more important than Latour, even if he is less fashionable.

S&F_: In your book you often refer to Marx. The German philosopher has been accused of neglecting capital-nature conflict, do you think this criticism is founded? Or is it possible to find in the Marxian reflection interesting ideas for the analysis of the current environmental crisis?

RK_: As John Bellamy Foster has shown in his book Marx’s ecology, there are important ideas in Marx one can rely on to understand the environmental crisis. Of course, Marx was at times very productivist, but he was not only that. From reading German chemical agronomist Justus von Liebig, Marx was one of the first to understand that capitalism was not only about increasing the productivity of labor, but also the productivity of soil through the use of chemical fertilizing techniques. This led to a critique of the so-called “second contradiction”: the contradiction between capital and nature, the first being the one between capital and labor.

Today, Ecological Marxism is one of the most interesting strands of Marxism, with authors like John Bellamy Foster, Jason Moore, Daniel Tanuro, Andriana Vlachou, Michael Löwy, Ted Benton… The capacity to adapt to the intellectual challenges of a new epoch is the main criterion by which one can judge the vitality of a political tradition. And I think it is quite obvious that Marxism has passed this test.

There are two ways of seeing the relationship between Marxism and the environmental crisis. Both are interesting. The first one is to go back to reading Marx and the Marxist tradition, and to demonstrate that they had a pretty clear awareness of the ecological disasters brought about by capitalism. Or one can use Marxist categories — value, class, fetishism, imperialism, alienation… — to make sense of the environmental crisis, in a more empirical way. This often requires adapting them to today’s reality, a reality that Marx by definition didn’t know. New readings of Marx and the Marxist tradition occur when humanity is faced with new problems and challenges. This has been true since Marx’s death, and it remains true today, especially in the context of the environmental crisis.

S&F_: Moving from theory to praxis, in your book you refer to authors such as Lefebvre and Harvey by analyzing how Capital reorganizes space: what should be the political strategy of global ecological movements? How can a reappropriation of spaces be conceivable?

RK_: We should find a strategy to block the logic of productivism and consumerism on which capitalism relies. One way to achieve this is by building organizations rooted at the same time in the productive and consuming spheres. As it happens, when the first consumers’ organizations were created in the beginning of the 20th century, in countries like the US, France or Germany, they were not only concerned with the consumers’ welfare, like they are today, but also with the welfare of workers: wages, conditions of work, quality and quantity of commodities produced, etc. In other words, unions and consumers’ organizations were not as separate as they are today. Their separation was imposed by the state during the 20th century for political reasons, because the dominant capitalist classes were afraid of the upheavals an alliance between producers’ and consumers’ organizations could lead to.

The strategy of global progressive and revolutionary movements should be to rebuild connections between the two spheres. It is only when issues relating to production and consumption will be jointly construed that we will be able to regain control on the “anarchy of production”, who is responsible for environmental destructions. And it is only when production and consumption are subjected to conscious, just and sustainable planning decisions that humanity will find a way out of the ecological crisis.