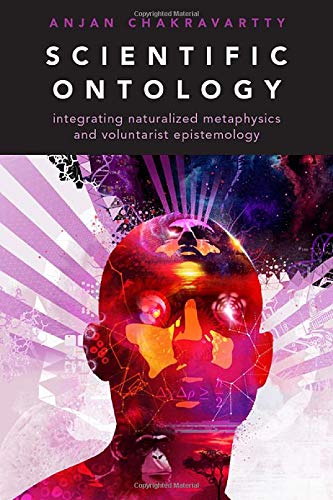 What things exist? What types of things are there? What are the natures of these things? Philosophers and scientists are widely concerned with these questions, namely questions of existence; the former spend their time in dimly lit libraries thinking as hard as they can, whereas the latter perform observations and experiments wearing lab coats. As this picture suggests, it seems that philosophical and scientific explorations of questions of existence have entirely separate methods and subject matters, regarding totally different projects. But this is precisely what Anjan Chakravartty is highly committed to reject in his compelling, provocative, and well-argued book Scientific Ontology. Integrating Naturalized Metaphysics and Voluntarist Epistemology, edited by Oxford University Press in 2017.

In fact, that shared-feeling view is both ill-judged and straightforwardly incorrect. First, philosophical investigations of ontology that are wholly or almost wholly disconnected from scientific investigations ignore one of the best possible starting point for ontological theorizing, specifically the wide range of empirical explorations of the world. Second, sciences have always incorporated philosophical thinking, and most of the time in terms of how their subject matters are conceived. So, contrary to common sense, science and philosophy are nothing but deeply interwoven, their connection being pivotal if we are to devise a refined scientific ontology. To put it otherwise, Chakravartty’s main point is that we have not here two rather separate, incompatible ontological domains, as many people, included both scientists and philosophers, have held and continue to hold. Notwithstanding, the comprehension of the nature of scientific ontology is an exercise in both science and metaphysics.

The book is divided into three authoritative sections written in a very understandable style; indeed, Chakravartty has the clarity of thought that comes from a flawless expertise in the discussion around whether we should be realists about the ontology, semantics and epistemology suggested by our best science, and this allows him to offer definite, crystal-clear explanations of the matter. In his first book, A Metaphysics for Scientific Realism, edited by Cambridge University Press in 2007, he took inspiration from anti-realist constructive empiricism, entity realism and structural realism, presenting an intermediary position between the three in the form of a semirealism. This middle-way agenda can be found also in the book we are now dealing with, where Chakravartty takes on the project of merging naturalized metaphysics with one of the contemporary anti-realism’s core instruments, the so-called voluntarist epistemology.

The story Chakravartty tells us begins with an extended introduction to the main themes of the book, especially focusing on the idea that sciences undermine ontology. But what is ontology, first and foremost? As any good dictionary will confirm, ontology is the study of what things, and what kinds of things, exist. This definition is accurate as far as it goes, but one might be more curious asking what is it that philosophers interested in ontology do, given that ontology is part of metaphysics, itself a branch of philosophy. Many dictionaries suggest that ontology, in the field of philosophy, concerns more general questions of existence than those that absorb doctors, teachers, and so on. One might then distinguish scientific ontology from philosophical ontology in terms of the relative generality of their respective subject matters. If only it were that simple! Fortunately, Chakravartty does not take a strong stand on that, absorbed instead by another question: «is there such a thing as a viable, purely scientific conception of ontology that is neatly separable from philosophy?» (p. 5). The answer is no; in fact, one of the key ideas of the author is that in order to talk about scientific ontology at all one must view the outputs of scientific work through a philosophical lens, and this will not surely come as a surprise to students of the history of science. In other words, deriving ontological conclusions from the sciences requires a meta-scientiﬁc view on what kind of knowledge we can get from the sciences themselves.

Chakravartty introduces two meta-scientiﬁc contenders, the well-known empiricism and scientific realism. According to the former, the sciences yield knowledge about only observables. According to the latter, the sciences yield knowledge about unobservables too. These are two different ways that people answer the question about what ontologies are described by our best scientific theories, and «they follow immediately from the sorts of beliefs [people] think our best scientific theories license» (p. 15). So different agents make different ontological commitments, i.e. adopt different stances, as per their different presuppositional epistemic commitments, and these attitudes and values ​​do nothing but determine the ontological stance-choice. As Chakravartty wittily puts it, «no stance in, no ontology out» (p. 65), and this means that scientific ontology is inherently meta-scientific, philosophical.

But can the decision between stances be made on scientific grounds? Chakravartty’s main argument for the underdetermination of ontology by science is about the disagreement between scientiﬁc realists and empiricists. First, the author starts by describing the ostensible common ground between realists and empiricists; they both subscribe to the norm of naturalized metaphysics, according to which knowledge of the ontological consequences of science must in some way be empirically informed. To put it otherwise, scientiﬁc ontology must be continuous with empirical inquiry. Second, the author states that empiricists and scientific realists interpret the above-mentioned norm in truly different ways, and that is what voluntarist epistemology entails; scientiﬁc realists believe that the explanatory power of unobservable entities justiﬁes belief in them, while empiricists think the relevant phenomena are better explained without appeal to unobservables. Motivated by James’s assertion that the path which one walks when making stance commitments is largely determined by one’s temperament and values, Chakravartty tells us that epistemic choices are «an expression of self» (p. 242). So, as it can be noticed, voluntarist epistemology means precisely what follows: free choices informed by personal values permeate our metaphysical methodology in the form of epistemic volition.

Therefore, according to Chakravartty, drawing ontological conclusions requires taking a stance in the debate between empiricists and scientific realists; unfortunately, he states, those questions concerning the explanatory power of unobservable entities can by no means be settled on scientiﬁc grounds. Hence, science underdetermines ontology. However, Chakravartty simply assumes this claim without exhibiting any argument. Moreover, he does not distinctly show why in order to answer ontological questions we first have to answer epistemological ones. In fact, this quasi-psychological thesis, claiming that people’s ontological conclusions are nothing but based on epistemological considerations, would indeed require a psychological argument, but nothing like this can be found in his book.

Nonetheless, the idea that no rational stance has epistemic superiority over another may provoke an attitude of tolerance towards apparently rival views. In fact, given that «the philosophy of science has always sought to engage in projects with transformative agendas» (p. 249), at the end of the book Chakravartty submits that his project could be somehow an attempt to further social and political transformation in the sciences. But this attempt is surely not the only merit of the book. Indeed, despite Chakravartty deals with the problem of underdetermination in a slightly unsatisfying way, the main argument of the book, according to which philosophy and science are intertwined, is persuasive and convincing, and may give die-hard positivists a solid reason not to see any more scientific enterprise as the only legitimate agent committed to serious ontological questions.

In conclusion, Chakravartty’s book is a delightful, pleasant reading, and the combination of realism in metaphysics and voluntarism in epistemology is nothing but a meaningful contribution to the contemporary debate. But in wider terms, this book is also highly recommended to anyone asking one of the human biggest questions: what is there?