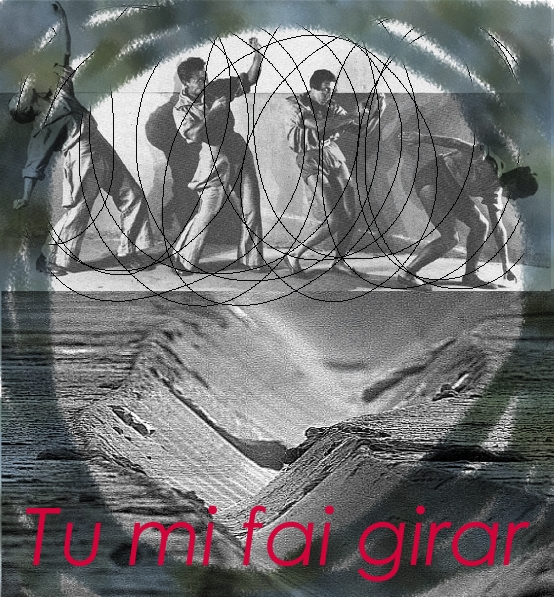 Understanding the causes underlying diseases affecting brain function, mental disabilities and other disorders is a very difficult task that necessitates to deeply trace mechanisms at the basis of the human brain machine, a complex circuitry that requires a network of gene products to orchestrate its self-assembly and functions, mutations of these genes often resulting in neurological and psychiatric diseases.

The human brain is a complex circuitry that requires a network of gene products to orchestrate its self-assembly and functions; mutations affecting any of these genes can result in neurological and psychiatric diseases. The latter are extremely common: a surprising 25% of all adults suffers at one point of their lives of a diagnosable mental disorder. Among all diseases affecting brain function, mental disabilities of different types have an incidence of approximately 1%. Intellectual disabilities involve different aspects of our mental functions including delays in the development of specific tasks such as language, memory or problem-solving; other diseases can affect social behaviors such as autism or many other aspects (schizophrenia, idiopathic epilepsy and others).

Understanding the causes underlying these disorders has been an extremely difficult task since recently. In fact, most of these diseases are multifactorial in nature with an extremely relevant genetic component. Historically, the first disease associated to mental problems, whose genetic basis had been identified, was Down syndrome: in fact, analysis of karyotype made it possible to detect abnormalities in both chromosome number and shape and clearly identified the presence of three copies of chromosome 21 as the cause of this specific disease. At the beginning of the nineties a new approach to the identification of disease-associated genes, called “positional cloning”, allowed the identification of a novel type of genetic alteration: an expansion of DNA sequences in tandem repeats, most often composed by three nucleotides. A specific expansion of a repeat in the FMR-1 gene was proven to cause fragile-X syndrome, the second most common cause of mental retardation. Analysis of the expansion has allowed to diagnose a large number of patients and, for the first time, to obtain insight in the molecular pathogenesis of a disease causing intellectual disability.

However, at the time only karyotype and few DNA diagnostic tests were available, allowing the identification of genetic causes of mental problems only in 5% of the patients; in addition, most of the patients were diagnosed with diseases without available therapies building a very depressing scenario. At the time, it was not even clear whether intellectual disabilities were caused by rare mutations in a single gene or by the association of frequent deleterious polymorphisms.

At the beginning of the new millennium the identification of the genetic causes of neurological disorders has been, or more appropriately is being, extensively modified by two different technologies. The first to be developed was comparative genomic hybridization array (a-CGH), that allows the identification of deletions and duplications in the entire genome. This technique showed that every individual harbor a fairly large number of deletions and duplications called copy number variants (CNVs); these variations can be pathological, benign or of uncertain significance. Neurological disorders have often been associated to an increase in frequency of specific CNVs; however, the exact same CNVs can also be found in normal individuals. This observation changed the way most geneticists looked at intellectual disabilities: these diseases are most likely caused by a complex set of mutations, often at the heterozygote status, that together determine the clinical phenotype. Differently from common Mendelian disorders the same alteration can be present in a parent who is unaffected and phenotypically normal. In addition, the same CNVs can be present in patients affected by different disorders, as well as in normal individuals. This observation generated the “multiple hit theory”: a patient may harbor a pathological CNV that does not necessarily produce a disease by itself; additional pathological CNVs or single base polymorphisms, in fact, define the occurrence of a neurological phenotype as well as the type of disability. A widely known example is the duplication of a nicotinic acid receptor subunit named CHRNA7: patients with this molecular alteration can show either profound intellectual disabilities or autism or, on the other side of the spectrum, simple nicotine addiction or no phenotype at all.

A more recent advance in technologies is starting to allow a more comprehensive understanding of neurological phenotypes; whole exome sequencing (WES), namely the determination of the DNA sequence of all the exons of all genes in human genome, allows the identification of variants that are likely to contribute to the phenotype. This type of analysis adds a further layer of complication: in fact, each individuals harbor at least 30,000 variants: potent bioinformatic analyses are required to pass from the raw data to a small, defined number of variants that can contribute to the clinical phenotype. These bioinformatic tools are currently under development and are far from ideal; in addition, functional confirmation of the effect of a specific variant is often required to strengthen the observation. With all the limitations due to the novelty and the still unsatisfactory development of analytical tools, WES has allowed the identification of a large number of causative mutations in patients and, sometimes, to clarify the landscape of variants that contributed to the clinical development of the disease in patients where CNVs had already been identified.

The amazing success of these techniques has been proven by numbers: using the most advanced karyotype techniques we were able to identify the causative mutations in 5% of the patients; the addition of CGH increases the diagnostic sensitivity to 15%. CGH together with WES allows now the identification of the genetic causes of intellectual disabilities in approximately 50% of the patients, a number ten times higher than we could achieve 15 years ago.

What have we learned from all the mutations identified in neurological patients? The basic message is that in most of the cases we cannot consider intellectual disabilities simple Mendelian disorders; in fact, most primary mutations have incomplete penetrance, meaning that they can also be present in unaffected relatives of the patient. In addition, other variants found in the patients are potent modifiers of the clinical phenotypes and the sum of the alterations generates the phenotype. Influence of environmental factors, such as diet, pollution and epigenetic mechanisms other should also be considered potential modifiers to further complicate the definition of the pathogenesis of these diseases at molecular level. However, in some rare cases, identification of the alteration has led to a therapy with enormous benefits for the patient: for example, it has been demonstrated that a subsets of autistic patients have neuronal carnitine deficiency and simple administration of supplements is able to completely reverse the phenotype. This was probably the first time that a molecular diagnosis of a neurological phenotype led directly to an effective therapy.

Molecular analysis of intellectual disabilities is giving us also incredible insights in the function of the normal brain. In fact, what we are observing in many patients is that they harbor multiple mutations in genes that are either expressed in neurons belonging to the same neural circuit or act together for a single cellular task or, finally, are present in the same localization in the central nervous system.

Identification of multiple mutations of genes expressed in neurons belonging to specific neural circuits points to the fact that multiple hits to a specific neural function tend to weaken it and lead to a disability. The specific circuit can then be associated to the specific function that has been damaged: using this paradigm is possible to hypothesize the association of specific tasks to particular circuits and verify it in cellular or animal models. The same association can be made for cellular pathways whose mutations generate specific neurological defects. Analysis of cellular pathways can be now easily performed in neurons that can be easily obtained using stem cells generated directly from the patients: in fact, induced pluripotent stem (iPS) cells can be generated from patients’ skin allowing to obtain samples of neurons or other cell types without the need of post-mortem samples. Specific neuron subtypes can be generated from iPS cells allowing the possibility to test pathogenetic hypotheses as well as evaluate candidate drugs.

Unfortunately, in most cases damage of an entire neural circuit seems to be that cause of the specific disability. Therefore, in order to evaluate the effect of the specific circuit on the normal function animal models are necessary. Behavioral analyses on mice and rats has incredibly improved over the past 20 years, together with our ability of introducing mutations in these animals; these improvements strongly reduce the requirement for larger animals with a consequent reduction in costs as well as an increase of ethical acceptability for these studies.

We are living an exciting time for the understanding of human brain function and human behavior in general. We are now beginning to determine the variants at DNA level that cause defects in specific functions including language and social aspects; these alterations are indicating central nervous system areas, neural circuits and cellular functions that underlie our ability to perform these specific tasks. Further improvement in bioinformatics as well as in our ability to analyze these alterations in models and, possibly, in humans will shed further lights on the function of our most complex organ.