Deciphering the language between biological and synthetic materials

S&F_scienzaefilosofia.it > Dossier > Deciphering the language between biological and synthetic materials 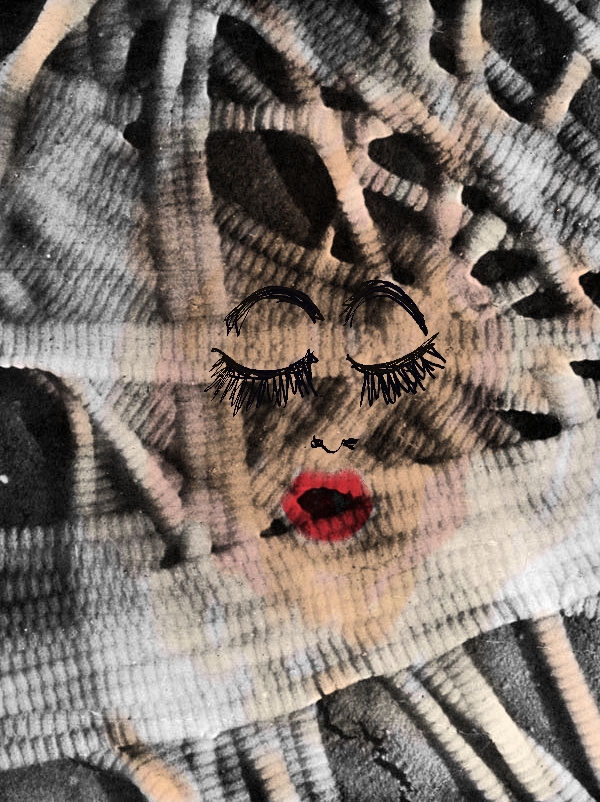 Chemical signals propagating through aqueous environment are at the basis of the language utilized by living systems to exchange information. In the last years, molecular biology has partly disclosed the grammar and the syntax of this complex language revealing the fascinating world of molecular communication that is the foundation of biological development.

Living systems (i.e., replicating molecules, cells and organisms) utilize a specific language of communication based on chemical signals in an aqueous environment. In the past 30 years, molecular biology has partly disclosed the grammar and the syntax of this complex language revealing the fascinating world of molecular communication that is the foundation of biological development. Proteins and oligonucleutides are the molecular supports on which the biological information is written and the innumerable possible interactions among them represent the base of biological communications. Molecular communication controls and guides the development of biological systems and adapts dynamically to external conditions or insults to optimize the function and the performance of the species. Synthetic materials, on the other hand, are not endowed of an intrinsic language and their functions are generally designed ab initio for specific applications. They are constructed with molecules that are unable to positively interact to each other and do not encode any specific regulatory functions. Commonly, the biological (or natural) realm is considered to be unconnected and truly separated from the synthetic creation. However, it has been largely recognized that an active crosstalk occurs at the interface whenever a biological entity is in contact with a synthetic materials. The interaction between biological entities (e.g., biomolecules, tissues, cells, viruses and bacteria) with synthetic materials has gained a mounting scientific and technological interest for the development of novel functional biointerfaces able to actively guide and control specific adhesion and recognitions events. The field of functional biointerfaces is markedly interdisciplinary, bridging together bio-nano-technologies, biomimetic devices, tissue engineering, and biohybrid systems. The key to achieve important advances in the field of biointegrated devices resides in the successful integration of these technological and scientific areas. In this context, diverse but complementary contributions are needed on new biomaterials, multi-signal patterning methodologies, multiscale modeling, advanced characterization and processing technologies for the desired biomedical and biotechnological applications. Thus, the concept of functional biointerfaces is rapidly evolving and constantly gaining new valences. Chemical structure of the interfaces along with the electrical, mechanical and morphological properties at nanoscale appear equally relevant to affect and drive the interaction between living and synthetic systems. A central aspect is the capability to optimize the functional properties with high spatial resolution, creating materials that are able to control the interaction with the biological surrounding at the nanoscale thus guiding the responses of biomolecules, cells and tissues. Accordingly, by responding to changes in the biological environment, or transformation from one state to another in the presence of biological systems, biofunctional interface must be able of improving device integration, control tissue regeneration, as well as to use controlled response to power hybrid biodevices.

Modern society is ready to move to an era in which synthetic materials can be engineered by encoding bio-logical derived design concepts, making them smarts, programmable, safe and functional. This, however, would be of limited practical interest if the intricate relationship occurring at the interface between materials and biological entities is not fully understood and mastered. Our laboratory at the University of Naples has acquired a deep knowledge on the basic mechanisms that regulate and control the crosstalk at the interface between material and biological entities, namely tissue, cells and biomolecules, and we are now ready to move forward translating these forefront scientific and technological achievements into materials, devices and processes which may have a direct impact in everyday life. Early prototypes of this novel class of bioinspired materials able to communicate through simple array of biophysical and biochemical cues to biological entities have been already produced and patented and their applicative potential is currently being assessed. Our general vision for the future research is to continue to deciphering the communication languages, tackling also the time and space patterning occurrence, at the interface between synthetic materials and biological entities to disclose novel designing concepts and enrich the potentiality of these highly promising novel bio-instructive materials.

The development of biofunctional interfaces is of particular interest in the field of biomaterials for tissue engineering applications. In this context, next generations of materials scaffolds call for smart interfaces that encode complex arrays of bioactive signals able to control and guide cellular processes. These interfaces require a nanometric control of the presentation of physical and biochemical cues that recapitulate the spatial-temporal molecular regulatory cellular program. Recently, micro- and nano-structured interfaces able to present in a tightly spatial and temporal controlled way biomolecular moieties have been proposed as effective in cell guidance as in the case of functional angiogenesis and stem cell differentiation. These materials represent a first attempt to mimic the complex and dynamic microenvironment presented in vivo, and to further develop materials interfaces that correctly display the whole array of bio-signals necessary to guide and control developmental process in tissue differentiation and morphogenesis as well as to increase symbiosis among material engineering, micro- and nanotechnology, drug delivery and cell and molecular biology. Cellular activities that are mostly influenced by material properties are adhesion, spreading, migration, proliferation and differentiation. Specifically, engineered surfaces displaying selected biofunctional groups or micro-scale patterns have been used in order to study signal interactions in a systematic way. These assays proved to be valuable tools to enrich the body of knowledge on cell-material crosstalk that represents today a solid foundation for further progress. Owing to technological limitations, however, these kinds of substrates allowed modest control on signal presentation, in terms of signal dose spatial arrangement and temporal evolution. Advancements in chemistry, material science and nanotechnologies, greatly improved the possibility of presenting many different signals according to predefined spatial patterns or temporal chronoprograms. In particular, patterns of biochemical signals, topographies on different length scales, along with mechanical cues, clearly revealed very sophisticated abilities with which cells “sense” (and react to) external stimuli. However, the majority of the studies dealt with single signal types and thus individual senses. This contributed to depicting a scenario in which cells “taste” chemical moieties, “see” topographies and “touch” mechanical properties.

To date, a plethora of cell-responsive material properties has been ascertained and catalogued including hydrophobicity, surface charge, roughness, and stiffness. These findings have pointed to the attractive prospect of engineering materials able to control and guide specific cellular events. The potential to pattern material properties with nanometric precision paves the way to the next biomaterials generation – referred to as Cell Instructive Materials (CIMs) – with extended functionality and bioactivity. Cell Instructive Materials are envisioned as nanofeatured materials expressly programmed to impart even complex commands or instructions to cells with the aim of directing, guiding and controlling their fate. The realization of these attractive materials relies upon a deep understanding of the mechanisms that regulate cell-material interactions and in particular upon the disclosing of the complex molecular machinery of recognition and decoding that occurs at the interface between cell membrane and materials. However, the mechanism underpinning the process of cell recognition of materials properties cues – topographical, mechanical, chemical – is poorly understood, and therefore the possibility to correctly display a single or an array of signals at cell-material interface to elicit a given and predefined cell response is still far away. Several research groups are currently focusing their attention on cell-material interface with the aim of unraveling the intricate and unidentified principles that regulate cell-material crosstalk, leading to a rapid increase in the basic knowledge of the different stages and phases that occur across the cell membrane as a result of different material properties and distribution density of biological sites. A synthesis of recent literature depicts the phenomenon of crosstalk at the cell-material interface as mostly influenced by the dynamics of large macromolecular complexes across the cell membrane whose formation and extension depend upon material properties. According to this vision, properties such as mechanical, topographical and biochemical influence cell-material interaction by affecting in different ways the dynamics of these macromolecular complexes. Therefore mechanical, topographical or biochemical signals may not represent separate or different cues, as suggested by some reports, but rather produce a different effect on the macromolecular complex dynamics.

The recent literature has significantly elucidated the mechanisms by which cells sense biochemical, topographic and mechanical signals, translating them into commands that regulate activity and fate by triggering specific intracellular pathways. Most of the studies, however, specifically deal with the effect of a single signal type. This has also led to the tacit acknowledgement that different signal types are recognized by cells through independent pathways and therefore different routes can be pursued to govern material cytoskeleton crosstalk. Yet, experimental evidences suggest that a common leitmotif connecting the effects of different types of signals on cell response might exist. Cells cultured either on large bioadhesive areas, or on shallow nanotopographies or on stiff substrates, exhibit a mature cytoskeleton, with large actin bundles, and large focal adhesions. In contrast, cells on small adhesive islands, or on deep nanotopographies or on compliant substrates display a diffuse cytoskeleton and small adhesions.

The research over the past decade has significantly elucidated the basic of the communication language occurring between cells and materials. In particular the mechanisms by which cells sense biochemical, topographic and mechanical signals, by translating them into commands that regulate activity and fate, and also  triggering specific intracellular pathways. Thanks to cultural integration of cellular and molecular biology combined with the advancement in material science and nanotechnology, it will be possible to deciphering the complete syntax of the language that regulate the cell-material crosstalk and open the way to future materials able to instruct and direct specific cell functions.